Wedding anniversary gifts are one of the few so-called traditions I actually try to follow. While it can sometimes be weird to figure out what to get your spouse that’s “paper” or “copper,” it’s nice to have a guideline to go by. I don’t know about you, but when it comes to holiday, birthday, or Valentine’s Day gifts for my husband, I’m always racking my brain trying to come up with a creative and unexpected option. Above all, it’s nice to have a general direction to get you started. So here are the best anniversary gifts by year!

A History of Anniversary Gifts by Year

So where did the tradition of exchanging wedding anniversary gifts every year start? While nobody can say for sure, it was believed to have started in medieval Germany. For example, it was tradition for a husband to give his wife a silver wreath for their 25th anniversary, and their 50th was gold. In addition, another theory was that what we now refer to as our “traditional” list of gifts started in Victorian Era England. This traditional gift list once only included gifts for the 1st, 5th, 10th, 15th, 20th, 25th, 50th, and 75th anniversaries.

However, it was etiquette guru Emily Post who recognized a growing trend of celebrating additional anniversaries. In fact, she referred to it as a “symbolic anniversary gift for each of the first fifteen years of marriage and one for every five years after that,” according to one source. So, we can actually thank Post for the continue gift-giving!

While the origins of the “traditional” list of anniversary gifts might be a bit fuzzy, we know that the “modern” list was created in 1937 by the American National Retail Jewelry Association.

On their list, practical gifts tended to be given in the early years when a couple was still establishing their home. Then, more “luxury” gifts were given later on in the marriage. That seemed to be a win-win for the Jewelry Association! LOL. After that, the librarians at the Chicago Public Library merged both the “traditional” and “modern” lists to end up with what we use today!

Also Read: 16 of the Best Macy’s Dresses for Mom

Modern vs. Traditional…Which One is Better?

There’s no right answer when it comes to choosing a traditional or modern gift. For example, I tend to switch back and forth between the modern and traditional lists, which I think is totally OK (and a bit more fun).

And even though it can sometimes be weird trying to figure out what to get your spouse that’s “paper” or “copper,” it’s nice to have a guideline to go by. This is especially true for those who find themselves racking their brain trying to come up with a gifts for holidays, birthdays, or Valentine’s Day. It’s good to have a general direction to get you started!

Similarly, you’ll also notice a few odd gift choices while scrolling through this list that don’t seem to fit. (Like that original poetry tribute?!) In other words, you might have to put up with some random gifts for a years year. Just know that if you make it to your 100th anniversary, the gift is a 10-carat diamond, which ain’t too shabby.

WGM Says: In addition to modern vs. traditional gift suggestions, each anniversary also has an associated color and gemstone. If that’s more your style, we’ve included those options in our ‘At a Glance’ section, below!

No matter if you’re celebrating your first wedding anniversary or your 50th, you can use this handy guide to help you pick out the perfect modern or traditional gift!

Also Read: Here’s what you need to know about Manly Bands

At a Glance: Anniversary Gifts by Year

WGM Says: Since there is no “official” list of gifts, it gets a little vague for some years (especially the higher ones). Some have the same modern and traditional gifts, while others lack a gemstone, color, or specific gift altogether. There are no rules when it comes to anniversary gifts, so you can celebrate the occasion as you see fit!

Now that we’ve gone over the entire list, let’s get into some fun ideas! We’ve come up with some great options for different anniversary gifts by year, below. Hopefully there’s something in here that is perfect for you and your partner!

Ideas for Every Anniversary Gift by Year

Though paper may seem like an odd choice to celebrate a year of marriage, it makes sense when you consider the fragile nature of the material. How does the saying go? A relationship is delicate, but with proper care, it can last forever. Just like paper!

Personalize this heart print with 30 of your favorite snapshots from your first year of being married.

Like paper, time is precious. Moreover, you’ll probably feel like your first year of marriage flew by, hence the clock.

You shouldn’t have a hard time finding a gift if you go the modern route! This elegant clock, made of steel and aluminum, preserves your names and wedding date while also making a great accessory for your home.

Woven threads of cotton point to a couple becoming more intertwined and stronger together over time.

Create a blanket with you and your partner’s initials, song lyrics, or a map of where you met.

Meanwhile, china encourages couples to recognize that every relationship has strengths and weaknesses.

Step up your hosting duties with a quality serving platter!

The symbolism of leather — which, historically, was used as a means of protection — is all about the shelter and security a relationship should provide.

There are a few different interpretations of the meaning behind crystal/glass. For instance, some say that they symbolize beauty and reflection. However, others say that crystal reminds a couple they can touch the lives of others. We like the meaning behind both!

Add some flair to your living room or kitchen with elegant candle holders.

Fruit and flowers both represent the blooming nature of your marriage.

Most appliances are used for everyday practicalities. However, as an anniversary gift, they symbolize the simpleness and settled nature of a marriage.

Looking for more anniversary gifts by year? Check out this list of incredibly unique ideas for your 4th anniversary.

You and your S.O. probably already have a coffee maker or Keurig, so why not become full-blown baristas with an espresso machine?

Trees themselves are known to symbolize strength—something that couples celebrating a fifth wedding anniversary should be celebrating!

Take relaxation to a whole other level with a wooden bathtub tray. This one is fully adjustable to fit almost any tub. Moreover, it has built-in features like a wine glass holder and cellphone slot so you can relax with all your necessities around you.

Silverware is known to represent strength. Likewise, it can also mean clarity and purity.

Already have a new silverware set? Instead, opt for these hilarious (and adorable!) hand-stamped forks that celebrate the five years you and your S.O. have spent together.

Iron is another symbol of strength, though it’s also said to signify good luck.

Scour your local antique store or turn to a shop like this one on Etsy for a vintage frame (or mirror!).

The meaning behind the modern iteration of a wooden anniversary gift isn’t really different than that of the traditional one. Again, it’s all about resilience!

A wood watch is unique in itself, and as an anniversary gift, it can be made even more personal if you engrave it.

Copper can produce heat, so the gift for your seventh wedding anniversary is supposed to represent the warmth you and your S.O. provide each other.

Write your S.O. a permanent love letter that they can carry with them everywhere they go!

Like appliances, the idea behind desk sets is that of practicality and a day-to-day commitment.

There are not many options that fall under the category of “desk sets” except for, well, desk sets. If you don’t want to buy one of those, get something a little more practical like this laptop and phone stand that can be used anywhere.

We’ve got even more ideas for your 7th wedding anniversary here!

Bronze is yet another reminder of the strength required to maintain and nurture a relationship, but particularly over time and as you mature.

Make this gift — a map that allows you to document everywhere you and your S.O. have traveled together over the years — complete with some bronze push pins.

These are both known as objects of beauty that symbolize delicacy and purity.

Give your bedroom a breath of fresh air with a linen bed set. This one comes in 12 different colors and can be used any season.

In the nine years that you and your S.O. have been together, your marriage has transformed from a ball of clay to a well-molded piece of pottery. Willow is also an option because of its flexibility and connection to nature.

Don’t overthink this one! There’s plenty of options for both of these gift types, but we like the idea of some cute coordinating mugs.

Similar to the traditional gift suggestion for your third wedding anniversary, leather is meant to represent stability — and, you guessed it, strength.

Gift your S.O. (and yourself, TBH) a set of durable leather coasters that are sure to last, whether you want to emboss a monogram or not.

Get our full list of unique 8th anniversary gifts!

This a big one! Even the least nostalgic of people will find themselves looking back at the past decade when their 10-year wedding anniversary rolls around. Aluminum is supposed to be reminiscent of your relationship’s flexibility and durability, past, present, and future.

Commemorate your wedding vows or the song you and your S.O. chose for your first dance with this aluminum print.

Again, a ten year anniversary is a big and beautiful one, so you’re meant to get a gift that’s just that.

What better anniversary than your tenth to upgrade your wedding ring?

For more great anniversary gifts by year, you can use our handy infographic, below! 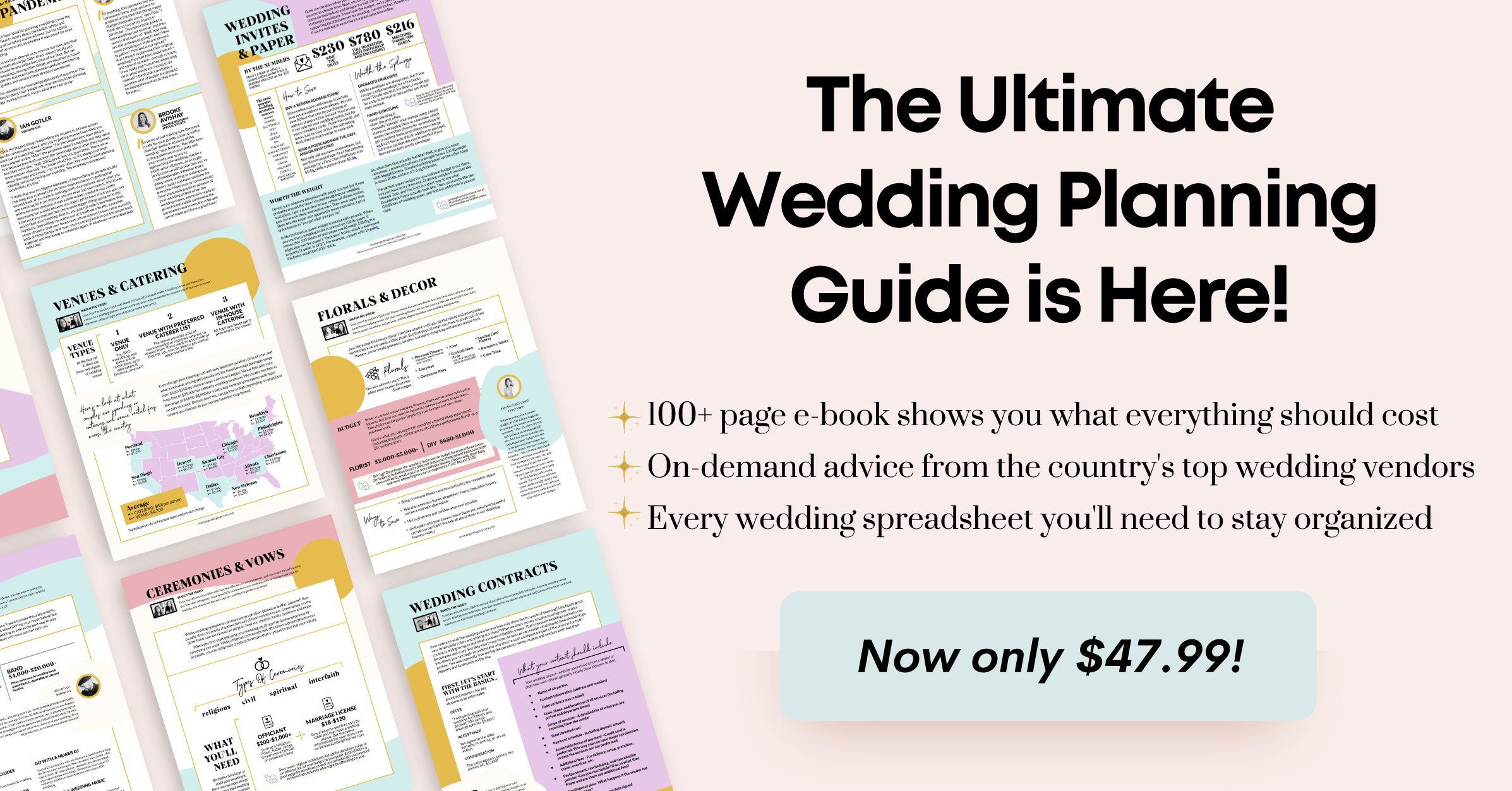 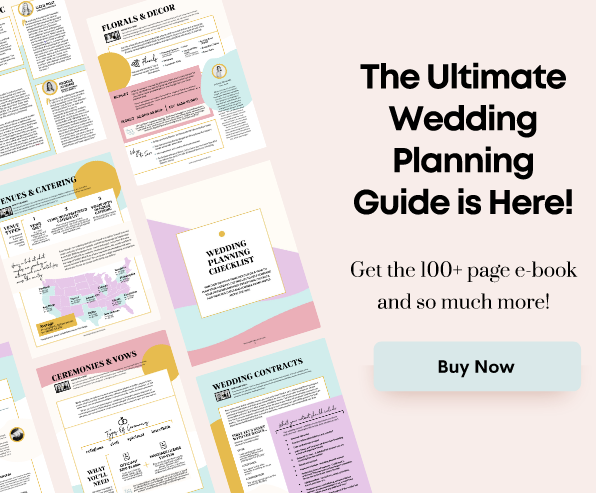