Even though we’ve all heard phrases like “Getting married young sounds a lot like leaving the party at 9 p.m.,” there’s absolutely nothing wrong with committing to the person you love, as long as you feel ready. The stigma of getting married early in life can be just as ridiculous as the stigma of staying single.

That’s not to say that there aren’t disadvantages, though. A group of Redditors on the AskWomen thread recently weighed in on both the pros and cons of getting married young. With new engagements popping up in young Hollywood every day, now seems like the perfect time to look at both sides. Here are some of the most insightful responses.

You don’t have to deal with the dating game.

Let’s be honest, modern dating isn’t particularly easy. Finding and marrying the love of your life at a young age can save you from the perils of, say, Tinder. One Reddit user started dating their S.O. at 18, and they tied the knot at 20. Two decades later, and they’re still together. “He’s still my very best friend and we compliment one another perfectly. When I hear dating stories, although they sound exciting, dating also sounds like a ton of work and a lot of stress,” the Redditor wrote. “We are probably both a bit immature since we got together so young, but it keeps things fun! We had sex on the trampoline in our yard the other night – it was wonderful.”

You’re not picky about living habits.

Another Redditor definitely didn’t regret getting married young, and one of the reasons why might surprise you. “My husband and I met at 16 and married at 17. We have been together 10 years and married 9 this fall. We are happily married with 4 kids. It worked out for us because we kinda grew up together and developed into mature, responsible adults along side each other,” they wrote. “We’ve had plenty of hard times and hurdles to tackle that life threw at us and they helped strengthened our marriage. We still goof around like young kids in love- jumping into his arms, chasing each other around the house, tickle fights etc.”

The Reddit user continued, “I think the biggest perk of marrying young is that we went from our parents’ house to our own so we didn’t developed a bunch of habits or preferences that would bother the other if we had lived on our own for a time. He does drive me crazy when he blows his nose like a foghorn in the shower though haha.”

You have someone supporting you through some of life’s biggest moments.

Most people aren’t married when they’re doing things like graduating college or moving to a new city  — but having someone by your side through a series “firsts” can be a serious advantage. “We started dating when we were 21 and got married at 23. We’ve been married for 9 years now and it’s wonderful! We’ve grown up together and function as a team,” a Redditor wrote. “It’s been fantastic because we’ve always had each other for support and encouragement for all that early adulthood stuff: grad school, buying a house, starting careers, etc. I think that makes our lives more stable — we have a partner to rely on, someone who loves us more than anything else.”

Your love can grow even more over time.

While some may fear that getting married young will result in falling out of love later in life, it’s the opposite for some couples. “We were both 21. We had our daughter at age 24 and our son at age 27. He got a vasectomy at age 28. We’ve been married 17 years and he is the most perfectly magnificent man for me,” a Reddit user wrote. “I am more in love than the day we married…and I’m sure he feels the same way. It hasn’t always been easy, but it’s been the biggest gift of my life. Never in my wildest dreams did I imagine marriage could be this damn good.”

Your younger years are full of change.

Change was a popular word in the Reddit thread. One Redditor wrote, “Got married at 23. Got divorced at 38. I believe that marriage can work out, but I think people change a lot from their late teens/early twenties to thirties and forties and fifties and beyond. My ex and I both changed a lot — in ways that did not complement each other.”

Another Reddit user agreed. “It didn’t. I was 19 and he was 20. It lasted 21 years and by the end we had nothing to say to one another and zero in common,” they wrote. “We both changed tremendously over the years and we simply grew apart.”

It’s easy to get swept up in someone and want to take your relationship to the next level. But doing so can result in missing a number of red flags. This happened to one Reddit user who got married at 23 and divorced at 26. “It has been rocky since the get go, many extreme highs and lows. I still love him immensely but some extreme substance abuse issues arose that I just couldn’t handle anymore,” they wrote. “Wonderful man, some terrible demons. That being said, we weren’t right for each other in a lot of ways. No bitterness though.”

You’re not mature enough yet.

Keeping the youth alive in a marriage is important for those who have been together for a long time. However, some relationships actually suffer because of youthful attitudes and habits. “I was 20, he was 19. We dated for 2 years and were married less than 6 months before we divorced,” a Redditor wrote. “We were both too young and immature and hot-headed to deal with real life problems and disagreements. I regret it, but the experience taught me a lot, and I’m proud of the person I’ve become!”

Your 20s certainly aren’t the only time you’re allowed to go out and have fun, but they are great for chasing new experiences and finding yourself. For some, marriage prevents this. “I ruined my early twenties by getting married/being married,” one Reddit user wrote. 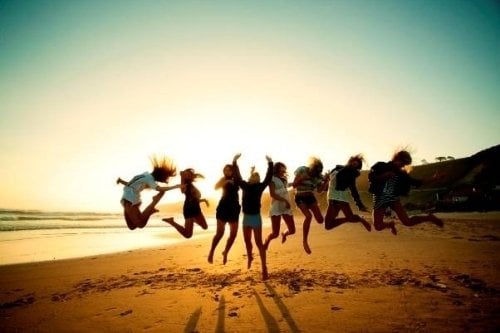 Though these responses raise important points, at the end of the day, there are pros and cons to everything. Do what’s right for you.