It’s in your best interest to not save some dates — and we’re not talking about that invitation from the girl you never really liked in college, or an ex you still have feelings for — but dates for your wedding.

According to a new study from the University of Melbourne in Australia, there are actually certain days throughout the year that increase the chance of divorce. Researchers found a clear winner, too: Valentine’s Day. After just five years of marriage, 11 percent of couples who wed on February 14 were divorced. Even worse, after nine years, 21 percent had split. 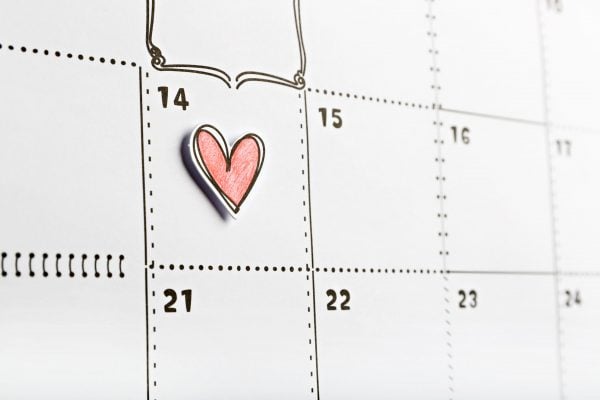 The study’s figures were garnered after researchers analyzed one million married couples. Another time of year considered bad luck wasn’t actually a particular date, but rather a series of dates. These are known as “numerically special days,” AKA dates with the same or sequential number values like September 9, 1999 (9/9/99).

Couples who tied the knot on these special number days were anywhere from 11 to 18 percent more likely to get divorced than couples who wed on “normal” dates. This date decision apparently suggests that a bride and groom would rather have a perfect wedding than a lasting marriage.

If you’re the superstitious type, you’re probably better off avoiding special dates. After all, you don’t need a fancy date to get married — the wedding itself makes any day of the year special!