Inspired by the recent story from a woman known only as Susan from Canada — who allegedly tried to charge her wedding guests $1,500 each — VICE wanted to know if anyone had ever encountered ridiculous demands like this when invited to a wedding.

It turns out, the answer is an absolute yes.

Below are the scary answers VICE received from wedding guests…all of which are kind of crazy if you ask us. We know none of our brides would even consider these….but if you are, you might want to think again.

“My boss said I could go to his wedding if I paid for my own plate. I didn’t go [laughs]. It was $120. He invited about five people from work who he actually paid for. Then he started going around saying he felt bad because people were left out and invited a bunch of us—but only if we paid. None of us went [to the reception]. And it was actually ironic because a few people went to the ceremony, which was free, but didn’t go to the reception because that was the part they had to pay for. Then two people he actually did pay for didn’t even show up!” —Jada, 25 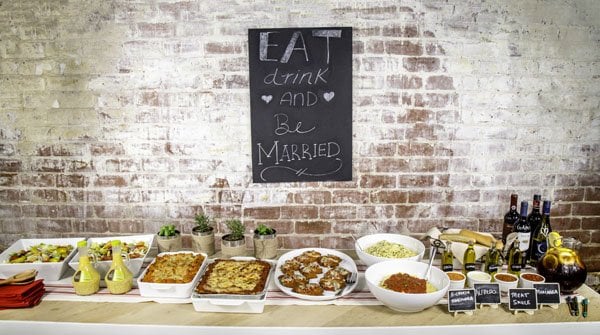 Stranded at a Cost

“My friends got married in the middle of winter in Minnesota roughly a four-hour drive from the closest airport at an expensive resort. It’s where the bride is from, but still, all their friends are in [the] area [I live in], so it was really only convenient for her family and childhood friends. I didn’t end up going because it would have cost me roughly $2,000. Also the bride made her bridesmaids get dresses that were at least $800 each. Oh, and a bunch of people came back from the wedding with the flu.” —Kaylin, 28

“My brother and I have a good but fairly business relationship, and it would have been awkward to be at his bachelor party [as a groomsman]. We get along well, but we’ve never been drinking buddies. It would have been like seeing strippers with your parents. But he needed to give me some sort of token responsibility, so I was a 32-year-old ring bearer (next to a two-year-old flower girl) at my little brother’s wedding.” —Brock, 37

“I was invited to a tropical destination wedding that would have required me to both cancel my winter holiday plans and shell out thousands just between the flights and accommodations. To make things worse, I already felt obligated because this couple had come to my wedding and had given us a generous cash gift. I don’t think she thought about how this trip was inconceivable for me since I was a college student barely scraping by with a part-time job then, as was my husband. She had a rich family, and the guy she was getting married to was even richer. I declined the invite, but our relationship wasn’t the same after she came home, moved into a mansion, and got pregnant.” —Lara, 28