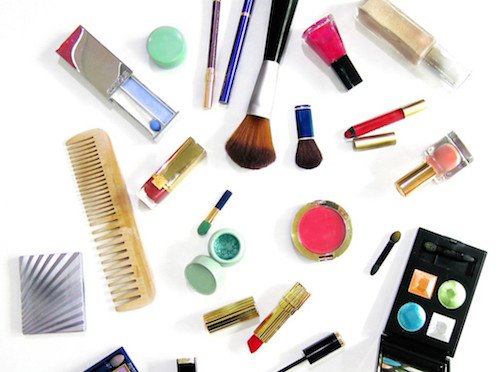 I’ve heard of this before but was surprised when I read this recent article from The Daily Mail about women who NEVER let their husband’s see them without makeup. While a story about a handful of women who wear makeup 24 hours a day isn’t so shocking, the fact that it’s A LOT more common than you think kind of is.

One newlywed profiled in the story admitted to a tiring routine that involves waking up at 4 a.m. so she can take off the makeup she’s been sleeping in only to reapply a fresh coat. “I worry [my husband] won’t find me as attractive with a bare face,” Samantha Micklethwaite, 31, told The Daily Mail.

“He has only ever known me with make-up on,” said Micklethwaite, who married her husband Wayne after three years together. “It’s exhausting making sure I am the first up every single day, but I worry Wayne has fallen in love with the made-up me — and wouldn’t be as interested if I didn’t do it.”

According to The Daily Mail, a recent survey found that “one-third of women get up before their partner to apply make-up in secret, while 3 percent would never let a man see them au naturel at all.”

Celebrity makeup artist Charlotte Tillbury (who also has her own line of makeup) is among that 3 percent.

“My mother always said: “Keep the mystery alive”,’ said Tillbury, who said her ex-husband and current husband have never seen her without makeup. “At night, I lock the bathroom door, and I take off all my make-up and then reapply my eyeliner and a little bit of mascara. They’re my bedroom eyes.”

After her first marriage ended in divorce, Psychotherapist Sylvia Jarrett, 70, says she has gone to great lengths to make sure her current husband, Geoff, never sees her without makeup, often waiting until he goes to sleep to take it off. “I wanted to give Geoff the illusion of perfection,” she says, adding that she let her guard down during her first marriage and allowed her then-husband to see her without making. “I sometimes wonder if I’d made more of an effort whether our marriage would have been happier.”

Divorcee Susan Evans said she used to go makeup-free all the time until her marriage ended six years ago. “My self-esteem plummeted,” said Evans, 46. “To pick myself up, I decided to wear make-up at all times. And I soon realized that men treated me with more respect when I made more of an effort.”

Her fiancee, Carlton, who she met last year, seems to agree.

“It makes her attractive and more appealing,’ he said. ‘It shows she’s made an effort and loves me. Sue looks gorgeous with make-up — I’d never ask her to take it off.”

I personally can’t imagine wearing makeup 24 hours a day or waking up at 4 a.m. to change it. I also can’t imagine not feeling comfortable enough with my husband to go ‘au naturel,’ as the story says.

What do you think? Should these women have changed their wedding vows to say “in sickness and in health, with makeup or without, until death do us part?”