A special thanks to Leesa for giving us editors a comfy place to watch all these movies! Now YOU can get $100 off a Leesa mattress with this special offer.

Is there anything better than cozying up in bed on a Saturday or Sunday and watching one (or two…or three!) of your favorite romantic comedies? The great thing about most of the movies on this list is that it seems like no matter how many times you’ve seen them (Notting Hill, we’re looking at you) we watch these classics EVERY. SINGLE. TIME. they come on.

Sure. Trying to pick your all-time favorite romantic comedies is like trying to decide which ice cream flavor you like best. There are so many great ones to choose from, and one that you REALLY like might not be on another persons list at all. But I think we can all agree that we have a soft spot for most of the movies on this list, even though there are so many other ones that could have easily taken their place!

So, without further adieu, here is our list of the romantic comedies we love the most. From an 80’s classic to a few newbies that managed to warm our hearts, these 15 romantic comedies are our favorites…and hopefully yours!

P.S. These are in no particular order.

We love the story of Harry (Billy Crystal) and Sally (Meg Ryan), who met on a road trip driving to New York City after college, and ended up not being friends, then friends, then more…While some of the movies on this list are on cable a bit TOO much, this is the one romantic comedy that we wish was on 24/7.

Favorite Quote: “If you look for it, I’ve got a sneaky feeling you’ll find that love actually is all around.”

This movie follows the love lives of an intertwined group of Londoners, such as a newly elected Prime Minister (Hugh Grant) who falls in love with a staffer (Martine McCutcheon), writer Jamie (Colin Firth), trying to win the heart of Aurélia (Lúcia Moniz) despite not being able to speak the same language, and Sarah (Laura Linney) who cannot admit her feelings for her  co-worker, Karl (Rodrigo Santoro). A great romantic comedy AND holiday movie, it’s like 9 romantic comedies rolled into one.

Favorite Quote: “I’m just a girl, standing in front of a boy, asking him to love her.”

Anna Scott (Julia Roberts) is a famous American actress who wanders into a bookstore owned by the unassuming William Thacker (Hugh Grant) and both of their lives are seemingly changed forever. We actually love this Hugh Grant movie MORE than Love, Actually (which is hard to do!).

Fun Fact: Romantic comedies are even funnier when watched in bed. Save $100 off a Leesa mattress with this exclusive offer.

Favorite Quote: “I like you very much. Just as you are.”

Based on the book by Helen Fielding, the movie is a look inside the personal diary of Bridget (Renée Zellweger), who is trying to figure out her life (and love) one page at a time. This movie is the perfect combination of girl power and romance, and we laugh every time we see it (we also just watched the latest movie in the series, Bridget Jones’s Baby, and it was surprisingly great, too!).

Favorite Quote: “You complete me”

Power sports agent Jerry (Tom Cruise) seems to have it all, until he writes a company memo that gets him fired and makes he re-think his relationship with his fiance. Co-worker and single mom Dorothy (Renee Zellweger) sees more in him than he sees himself, but is it enough for her and her son? This non-traditional love story gets us every time.

Favorite Quote: “He does dress better than I do. What would I bring to the relationship?”

Cher (Alicia Silverstone) is one of the most popular girls at her Beverly Hills high school, and she loves a pet project. So when new student Tai (Brittany Murphy) comes into the picture, a makeover ensues…but it’s actually Cher who starts to re-evaluate what she really wants, especially when it comes to Josh (Paul Rudd), a family friend who is the complete opposite of her. Directed by Amy Hecklering (Fast Times at Ridgemont High), this movie was definitely one of our favorites growing up.

Favorite Quote: “My name is Inigo Montoya! You killed my father! Prepare to die!”

The fairytale (and funny!) story of Princess Buttercup (Robin Wright) who realizes she is in love with a farmhand, Westley (Cary Elwes), whose wish is every command (“As you wish,” he always tells her). But when he leaves to claim his fortune before they can marry and doesn’t return, Buttercup fears he is dead and agrees to marry another. It turns out Westley is alive and well, and we go on the journey back with him to find  his Princess Bride. This movie manages to be both hilariously funny and romantic, which is pretty rare.

I’m not crying YOU’RE crying. At how comfy this Leesa mattress is. Read why it has the most verified 5-star reviews of any online mattress.

Favorite Quote: “I want the fairytale.”

A modern version of the classic Cinderella story (err, SUPER modern. LOL), this story is about Edward (Richard Gere) a wealthy businessman who propositions Vivian (Julia Roberts) to be his companion for a week while he’s in town for a week of meetings. The two start an unlikely romance that should be short-lived but is destined for more in this movie that has every viewer wanting Edward and Vivian to live happily ever after.

Favorite Quote: “I got a confession to make. That song was about you.”

Robbie (Adam Sandler) is a broken-hearted wedding singer who forms a friendship with an engaged co-worker Julia (Drew Barrymore) who asks for his help planning her wedding. Realizing he has feelings for her AND that she’s about to marry a jerk, Robbie figures out a way to win her heart before she walks down the aisle. With an awesome soundtrack and so many funny moments, this was the first in a series of great romantic comedies for Barrymore and Sandler (hello, 50 First Dates).

10. There’s Something About Mary

Favorite Quote: “I want a guy who can play 36 holes of golf, and still have enough energy to take Warren and me to a baseball game, and eat sausages, and beer, not lite beer, but beer. That’s my ad, print it up.”

Ted (Ben Stiller) and Mary (Cameron Diaz) are supposed to go to prom together but an, um, unfortunately incident leads to a disastrous night apart. Fast forward 10+ years later and Ted still thinks about Mary, so he hires a sleazy private detective (Matt Dillon) to find out where she is. It turns out Ted is not the only one obsessed with Mary, but he has to show her that he’s the one she should be with. The movie is one of our personal favorites, and is worth watching just to see what happens to Magda’s dog.

Favorite Quote: “You see Lainy, this is all we need. A couple smokes, a cup of coffee, and a little bit of conversation. You and me and five bucks.”

Lelaina (Winona Ryder), Troy (Ethan Hawke), Sammy (Steve Zahn), and Vickie (Janeane Garofalo) are best friends and recent college graduates who find out that life might be a little easier back in school, especially when trying to figure out their careers and love lives. If you’re looking for a time capsule of 90’s culture and music, this is totally it.

You’ll have time to watch like 800 rom-com’s with Leesa’s 100-night free trial. Order a Leesa mattress and get $100 off AND free shipping.

Prince Akeem (Eddie Murphy) is the prince of an African country who escapes an arranged marriage and drags his friend Semmi (Arsenio Hall) to America in search of something more real. When he gets a job as a fast-food worker he falls in love with the owner’s daughter, Lisa,(Shari Headley), but refuses to tell her his real identity. Is there anybody funnier than Eddie Murphy? This is one romantic comedy that your fiance won’t even mind watching.

Favorite Quote: “I have loved her even when I hated her… only married couples [will] understand that one.”

Cal (Steve Carell) is a married father who finds out his wife Emily (Julianne Moore) has been unfaithful and wants a divorce, then suddenly has to learn how to be single again. He gets some help from smooth-talking Jacob (Ryan Gosling) who teaches him how to be a player, despite going against his own advice when he meets Hannah (Emma Stone). This is one of those movies where you’re not sure if you’ll like it, but then it quickly becomes one of your faves.

Favorite Quote: “So I can kiss you anytime I want.”

Up-and-coming fashion designer Melanie (Reese Witherspoon) is living the dream in New York City with a glamorous job and fiance Andrew (Patrick Dempsey) , but when she has to travel back home to Alabama to ask for a divorce from her secret husband and childhood sweetheart Jake (Josh Lucas), she suddenly finds herself torn between her past and future. Seriously, y’all. Is there anybody out there who doesn’t love this movie? Plus, it has one of the best endings that you can ask for in a romantic comedy!

We want to hear from you! Let us know what your FAVORITE romantic comedy of all-time is in the comments section below or in our Facebook group. The most popular answer will make this list! We can’t wait to see what you come up with. 🙂

Order a Leesa mattress and get $100 off, free shipping, AND a 100 night risk-free trial. Now all you need is the popcorn.
[pro_ad_display_adzone id=”32226″]
While we only link to products and services we think you will love, some of the links on our site are monetized. If you click on the link and make a purchase we may receive a commission, which helps us keep bringing great content to you! All opinions are our own. 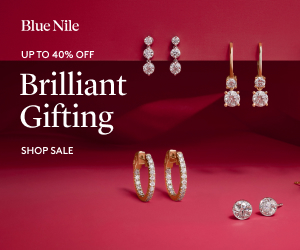