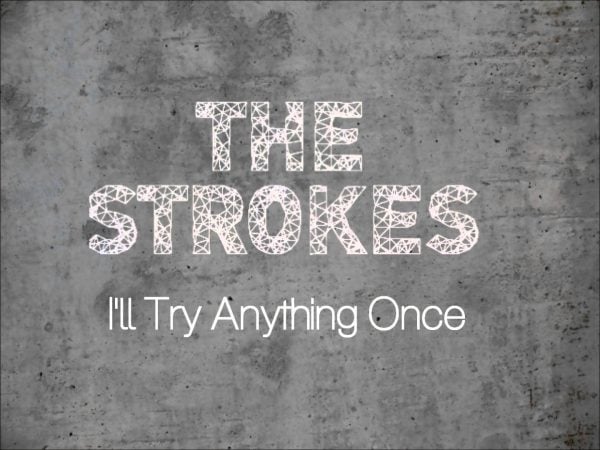 The Strokes will forever be one of those bands that totally captured a moment in time for me. I had just moved to New York City in 2000, and was working at Rolling Stone magazine. I was lucky enough to get invited to see lots of up-and-coming bands, and The Strokes was one of them. They immediately blew me away (and pretty much anybody that got to hear them), and they felt like one of those great local bands that only YOU know about. I remember I had bought one of their t-shirts at an early show at Bowery Ballroom, and was wearing it on the subway the next day. A girl came up to me and said “You know The Strokes?! That’s my friend’s band!” They were still that small yet cult-like. But not for long.

I loved their first album, Is This It, but admittedly failed to remain a die-hard fan after that. However, I still love a lot of their newish songs. I was driving home tonight and heard the “I’ll Try Anything Once” demo on Sirius XM, a B-side from their “Heart in a Cage” single off their third album, First Impressions of Earth. I don’t think I’ve ever fully listened to this song (or at least not in the car when it had my full attention), but it completely captures everything that’s amazing about that band and Julian Casablanca’s voice.

If I was a cooler person, this song would have been a contender for our first dance. If you like The Strokes and you’re looking for a wedding song, this might be the one for you.