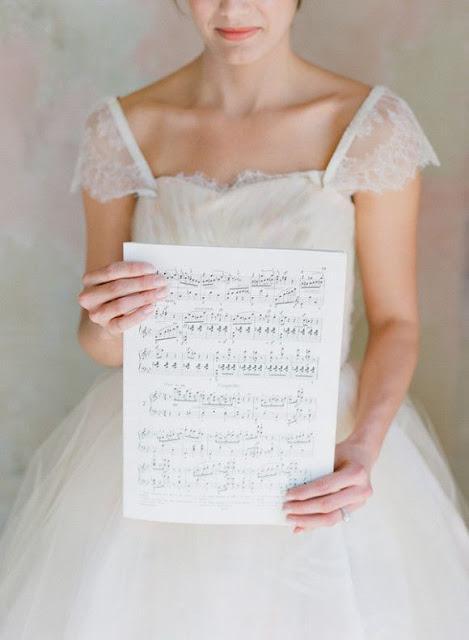 Sometimes you forget how much you love a song until you randomly hear it again. Like when you’re in a bank depositing a check and REO Speedwagon’s “Keep on Loving You” comes on. And then you leave said bank wearing your crummy workout clothes but feel like you’re actually an 80’s video vixen. That’s normal, right?

As I do with most songs that I think have wedding potential, I run them by Cory. He shares my picky taste in music and also happens to be a very humble karaoke champion. (He once won a flat-screen TV for a performance. We’re very proud). However, one point we slightly differ on is what constitutes “the” wedding song. While we all hope to have a song that holds meaning for the both of us for that special first dance, that’s not always possible. It’s not like we live in the 50’s, where a guy meets a girl at a school dance or social, and that Sinatra song you danced to becomes “your song.” Today, that social has been replaced by a club, and the first time you guys danced to something it would have probably been from Rihanna. Not that there’s anything wrong with that, but the word “romantic” doesn’t always come to mind with a lot of music today. At least for me.

In order for to me consider a song a “wedding song,” it has to do three things for me: Be a song you wouldn’t mind your parents hearing, feel crushingly romantic, and be slow enough to dance to. I happen to think “Keep on Loving You” fits that criteria, but the hubs kind of disagrees. His point of contention? The lyrics, which are below:

You should’ve seen by the look in my eyes, baby
There was somethin missin
You should’ve known by the tone of my voice, maybe
But you didn’t listen
You played dead
But you never bled
Instead you lay still in the grass
All coiled up and hissin

And though I know all about those men
Still I don’t remember
Cause it was us baby, way before them
And we’re still together
And I meant, every word I said
When I said that I love you I meant
That I love you forever

Cory loves the song (as the man I’m married to would), but his issue is with the second verse, where Kevin Cronin sings about how the love of his life cheated on him. With lots of guys. And she’s a snake.

So, yeah. I mean, that’s not IDEAL. But my counter-argument was that 1) nobody is really going to hear that line because 2) everybody loves that song because 3) it’s an awesome song.

But the bigger question that I pose to you guys is, what really matters in a wedding song? Should every lyric be a literal interpretation of how you feel, and have no negative connotations? Or should it just be a good song that feels romantic to the both of you, lyrics be damned?

In the meantime, listen to the song below. Karaoking is allowed.