Whether you’re moving in with each other for the first time, or relocating for work or a growing family, trying to sort through the best moving companies can be overwhelming when you don’t know where to start.

My husband and I did a cross-country move from California to Florida earlier this year, and the entire experience was made so much easier thanks to teaming up with the Wheaton Group, a national moving company whose brands include Wheaton World Wide Moving, Bekins Van Lines, Stevens Worldwide Van Lines, Arpin Van Lines and Clark & Reid.

From Day 1 of taking our inventory to helping us pack and safely moving all of our belongings from one city to another, I honestly think we would have been lost had we not hired professionals to orchestrate the journey for us.

Because there are SO many moving pieces (literally and figuratively) when it comes to a local or cross-county move, the more advice you can get from the experts, the better. Which is why we thought it would be helpful to connect with Roger Wise, the Western Regional Sales Director for the Wheaton Group.

Wise has more than 30 years experience in the industry, and has had his fair share of cross-country moves himself. So who better to share moving advice than from someone who has seen it all when it comes to moving? Read on for my interview with Wise, below!

Ready to make the change? Save $150 off the price of your move with The Wheaton Group!*

What’s the biggest mistake people make when they prepare for a move?

Roger: Packing boxes is a bigger task than you think. Most people do some or most of their own packing of boxes—even if they’re moving with a professional mover—just because of the cost savings. And that is the biggest challenge, because people don’t have a concept of how much work it is. You saw when the guys were working away at your home how much time and effort went into it, even with two [pros] who do this stuff all day and work really fast and really efficiently.

Lindsay: Completely. I felt like we watched these professionals pack our boxes and and I just kept thinking, “This process is crazy.” There’s so much that goes into packing a box correctly.

Roger: If you pick up a box and it rattles or makes noise, it’s not packed right. Whenever something moves in a box, that’s where you can end up having something really important to you damaged. There are YouTube videos out that can teach you how to pack boxes. It’s really important to watch the instructionals on how best to pack, especially for your fragile items. Or ideally you can budget it so the movers can at least take care of those. 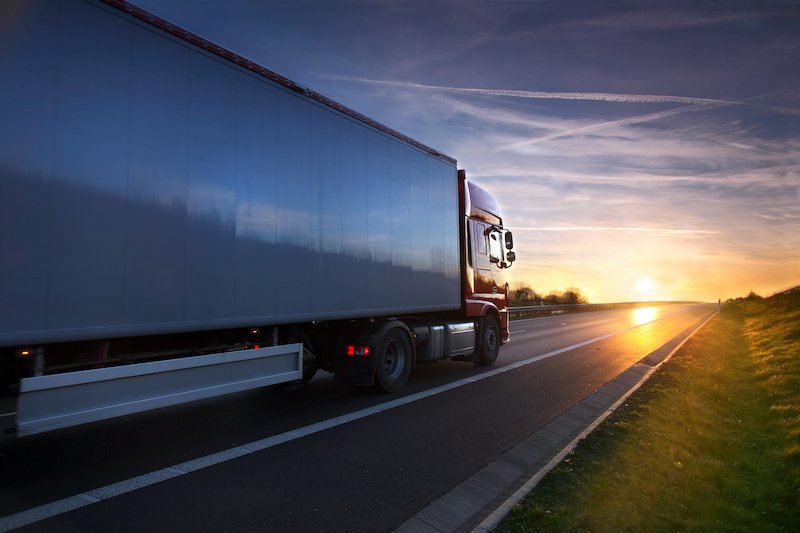 Lindsay: I think that’s such great advice, because in hindsight after watching our professional packers wrap wine glasses, plates, and even lamps or artwork, we wouldn’t have known what we were doing.

Roger: The key is to start early and learn how to pack, and get good boxes. Start with those rooms you don’t use as much. Start with the guest bedroom, get that one knocked out two weeks ahead of time. Then the garage. Tackle the different areas that you don’t have to look at every day, so you don’t leave a lot of work for the last minute.

As someone who has moved quite a bit, what’s the different between your first move and your last one in terms of what you’ve learned?

The second thing is purge early. Everybody says, “Oh, I’m going to get rid of stuff. I’m going to get rid of stuff.” But purging doesn’t happen easily. Garage sales take time. It takes time to sort through all those keepsakes and mementos that have been in the basement or the garage. For our last move [my wife and I] did a really good job. We did my least favorite thing in the world and had a yard sale. I hauled box after box after box of stuff away. And it made it a lot easier once we got here. I didn’t have nearly as much stuff that I didn’t want.

The third is to hire as much help as you can afford. Again, this is a daunting task, and to the extent you can afford it, get more help. Every time I move, I want to do less. 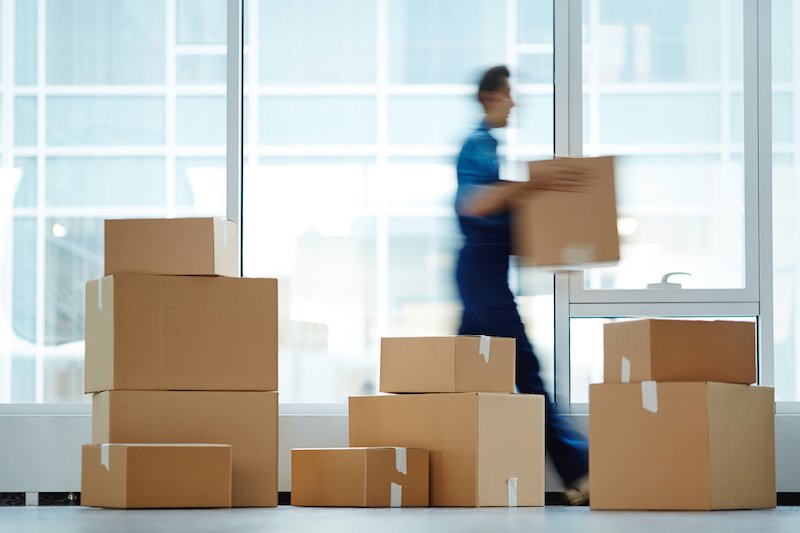 What’s something most people don’t know about the moving industry?

Roger: Most people don’t realize that when you Google “movers” in the US, most of the moving companies on the first page are not moving companies at all. They’re either lead resellers or what’s called a “moving broker.” A moving broker is a company that cuts a deal with you, and then goes out and tries to find some off-brand company to haul your shipment. That’s where a lot of the really terrible things have taken place. I don’t know if you’ve ever Googled “disaster moves,” but there are a lot of unscrupulous folks out there trying really hard to look like a moving company and they’re simply not.<

There’s a website that is a great place to check out whoever you choose to move with. (https://www.fmcsa.dot.gov/protect-your-move). If you’re moving long distance, you can go to this website and check out any company and see if they are legit. It’s really, really important to do this because there’s a lot of scams. Make sure whatever company you’re using has a local address. If it’s just a Florida address and you’re in Iowa, you probably want to keep looking.

READ MORE: The Do’s and Don’ts of Moving in Together 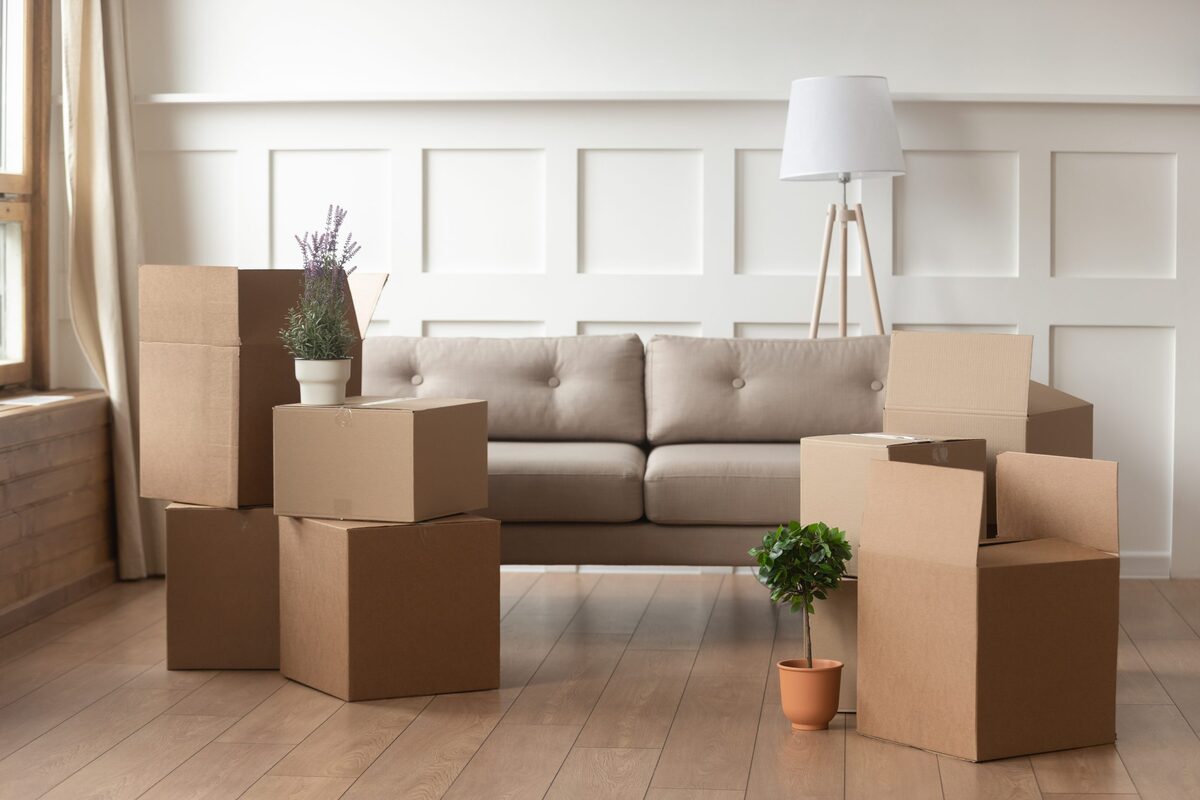 What are the biggest differences between a DIY move and a professional one?

Roger: Well, I think your back pain is the first.

Lindsay: It’s a literal pain in the neck!

Roger: One of the things people don’t know about long distance moving is it’s more affordable than people often think. People say, “Oh, if I just go get a moving container, I’ll save money.” Oftentimes it’s cheaper to move with professional moving companies than it is to do it yourself with a moving container company.

Lindsay: We absolutely experienced this. When we were pricing out moving containers, we were like, well, the container itself might be cheap, but then you also have to add on day-of-movers to load you in and out.

Roger: Also, not everybody’s possessions fit in one container. What if you have one and a quarter containers? Then you have to buy two full ones.

Lindsay: Exactly! We just saw a moving container the other day that was the size we were told to go with. And I immediately thought, “Our stuff could not have fit in that.”

Roger: There’s a lot of things. Even if you rent a truck and drive it yourself, it’s almost a dollar a mile in fuel. So if you’re moving 2,000 miles you could spend $2,000 on fuel alone. You don’t think about that.

Lindsay: Not to mention food and lodging along the way.

Roger: All of those things…

Thanks so much to Roger for taking the time to share his expert tips with us!

Are you looking for the best moving companies? For a limited time, save $150 off the price of your move with The Wheaton Group! Click here to find out more*.