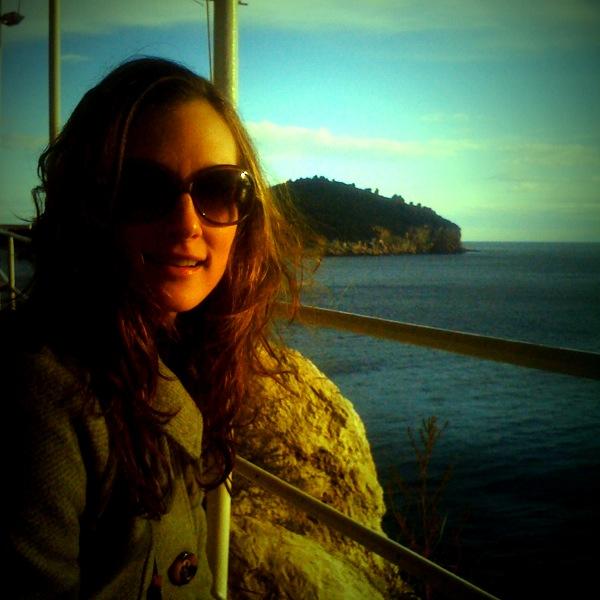 We actually just got back from our honeymoon on Friday, and I’ve been so jet-lagged that I’m just now getting around to posting. We did a two-week tour of Croatia/Italy, which was really great (minus a few hilarious SNAFU’s). For those looking for honeymoon ideas, I thought I’d give you a run-down of what we did, and what I would have done differently if I had it to plan over again.

BTW, wedding pics are coming soon, which means I’ll give you all the specs you need for my Miami venue. I really appreciate all of you who write in to let me know how helpful the venue information is. It just inspires me to keep writing it for you all!

We decided to take two weeks off of work for our honeymoon. I haven’t taken a proper vacation in, oh..I don’t know, 5 years? If you’re gonna take two straight weeks off of work, the honeymoon is the time to do it. Milk it for all it’s worth!

I wanted to mix in a bit of adventure and relaxation, so I figured we’d start the trip exploring a place I’ve never been (Croatia) while having the luxury of not driving or traveling. I started researching cruises, but knew I didn’t want to go on a big ship, so I looked into smaller sailboat cruises. I found the Wind Star cruise line, which has sailboats with Croatia/Italy itineraries, and has a capacity for around 200 people (compared to the much larger ships which can have more than 2,000). The cruise we took was 7 nights, and then I figured we’d explore Tuscany/Florence/Rome for another 5 nights. Here is a look at our itinerary:

How would I have done it differently? My husband and I discussed it (we like to over-analyze things like that when we’re bored), and while weather was a huge factor for us (it rained 9 out of 13 days. And it was COLD rain. Which meant we couldn’t take advantage of most things on the ship…like sitting outside on the deck) we decided we would have skipped the cruise, and instead focused just on Italy with 1-2 nights in Venice, 4 nights in Tuscany (specifically in Siena where we stayed…more about that below), 1-2 nights in Florence, and the rest in Rome.

While the ship itself was great (our room, especially…it was surprisingly plush and spacious), you really miss out on the nightlife of each city, which is a bummer when you’re not the average age of most of your fellow passengers (which I would say is around 50-60). It’s not that we wanted to go clubbing every night, but you get bored of seeing the same cover band every night. Not that they weren’t hilariously awesome for the first 3 nights we saw them…but on night 5, you start wanting to pull your hair out. Combine that with crappy weather and super rough seas, and you’ve got an instant mood killer.

Re: the other parts of the trip, here a few thoughts if you’re investigating various cities in Italy:

Venice: I had been here before and was excited to see it again. My husband was also super excited to see it for the first time. But, he was a little let down and so was I. Everything is just sooo commercialized now, and Venice is now the Disney World equivalent in Europe. You should definitely “see” it if you haven’t yet, but that’s all you’re really doing…observing a cool, sinking city. Beyond a drink at Harry’s bar and a gondola ride, there’s not much to do unless you feel like shopping Chanel, Max Mara, or Gucci (which you can do in pretty much every Italian city now. They’re like Starbucks there.)

Tuscany: Tuscany is like some crazy postcard you see and you’re like “no way that’s real.” The scenery is just unbelievable. We toured several Tuscan hill towns and they are all adorable, with winding, cobble-stoned streets. But honestly, once you’ve seen one or two, you’ve seen them all. They all look the same. You’re not going to find some awesome mom and pop store in them, either. They’re all, for the most part, equally commercialized. However, we did fall in love with Siena. Siena is a larger hill town in Tuscany that is like a better Florence. It’s about 35 km away from Florence, and is about 30 mins away from other cute hill towns like Montalcino, so it’s a great base for exploring Tuscany while not falling asleep from boredom. We actually never planned on staying there, but I’m glad we did. I had actually planned on us staying in a charming “villa” in the Tuscan hillside for 2 nights, and booked a place via some great Trip Advisor reviews I had read about a B&B in Buonconvento. It was going to be our “splurge” for the trip, so I was expecting some super nice place. Needless to say, it wasn’t (I’ll spare you the long story, but it involved a shit ton of bugs and bees in our room), and for about an hour we thought we were going to sleep in the car, but thankfully we decided to drive an hour north and found an awesome hotel in Siena called Palazzo Ravizza and it basically saved our honeymoon from being a bad romantic comedy. Lesson learned? Don’t trust Trip Advisor. If you’re looking for hotel deals and good reviews, we had waaay better luck this trip with Booking.com.

Rome: Rome is just…awesome. It’s a great mix of old-world charm, amazing ruins, and fun stuff to do at night. Having lived in NYC for 10 years, I can say that Rome kicks it ass. Spend lots of time there if you can.

Croatia: As far as Croatia…save it for another trip if you have a desire to go. I’m not saying we didn’t love it (Dubrovnik was amazingly beautiful), but it’s not nearly as romantic as Italy. And the honeymoon should be about the romance…and bees, of course.