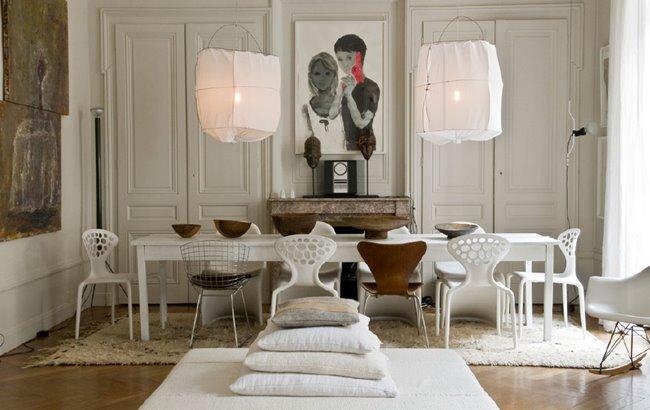 Man-oh-Manischewitz! This has seriously been another crazy week.

On top of being buried under a pile of work, I’ve been crazily researching Paris apartment rentals for our October trip to gay Paree. You’ll think I’m lying when I tell you that I’ve spent, oh, I don’t know, 20 hours researching lodging options in the city of light…but I have. The good news is that not only am I pretty sure I finally found a place, but I’ve researched enough places that I can tell you exactly where you should look if you’re considering renting an apartment for a Paris honeymoon.

First things first…if Paris is on your list as a possible honeymoon spot, you should know that it doesn’t really get more romantic than that (well, maybe those crazy cabana-in-the-water places in Fiji are a close second). The city has amazing food, serious culture, and awesome shopping. This will be my third time there (my last was 12 years ago…is the Eiffel tower still there?!). The first time I went, I stayed in a hotel. While the experience was nice, it didn’t hold a candle to the second time I went when I stayed in a friend’s apartment. It was only for a few days…but between my trips to the market to buy cheese and wine and my breakfast every day on the terrace, I felt like I actually lived there. Going there for your honeymoon for one or two weeks and renting an apartment is a great way to really experience the city in a totally different light. So…why an apartment and not a hotel?

Well, first off, Paris hotel rooms are notoriously small, and super expensive for what you get. While they’ve always been small, before the Euro they were at least cheap. Not anymore, with the current exchange rate of  1 euro= 1.44 dollars. Sigh. I miss le franc.

That’s not to say that you can’t find a decent hotel for under $200. But chances are you’ll barely have room to fit your suitcase in it. And if you’re going on your honeymoon and plan on staying somewhere more than 5 nights, that’s going to get old really fast.

When we began thinking about taking a trip to Paris a few weeks ago, we sort of went into it knowing we would do an apartment vs. a hotel. The idea of going to the markets and buying fresh baguettes and cheese and making breakfast or even a dinner or two in our french apartment sounded awesome. So, we began the apartment search.

First thing I noted: There are a ton of places to rent from. First, there are places like TripAdvisor and VRBO, where owners and agencies pay to list their units. There are also off-shoots of these sites, namely FlipKey (Trip Advisor’s) to HomeAway (VRBO’s), which seem to be a bit more high-quality. While the majority of the listings on these sites are reputable, they are not guaranteed (even though HomeAway offers a $10,000 rental protection insurance starting at $39). Because of that you really have to make sure a listing has reviews that aren’t entered by the owner, and that you get additional references as well as a contract once you decide you want to rent.  In addition to these listing services, there are a ton of agencies that specialize in rentals. I’m pretty sure I’ve been through them ALL, so I’ve compiled a list of my favorites (so far), below.

Second thing I noted: These places book up fast. If you know you want to go to Paris for your honeymoon and rent an apartment, starting looking now, even if it’s a year out. A lot of the apartments that were nice and a good deal were booked more than 6 months in advance. Hence my crazy two-week-long quest to find an apartment that we loved that fit our budget. Speaking of budget…

We’ve been going back and forth the past couple days trying to decide exactly what we wanted our budget to be. Somehow we started off relatively low, and within a matter of days found ourselves trying to justify an apartment that was seriously awesome but was equal to three month’s rent for us. “How many times are we going to Paris?!,” we told each other. “That view is totally worth it!” Now, while we might not be totally convinced that the view ISN’T worth it, you’ll want to decide what is most important to you if you decide to rent a Paris apartment. Some of the questions you should ask yourself are: How much do you plan on being inside the apartment? Do you plan on cooking in several nights or making breakfast/lunch? Do you want the apartment to be as romantic inside as Paris is outside? Would you rather spend more money on food than lodging? The answer is different for everyone. Regardless of your answer, I guarantee you that renting an apartment in Paris is going to get you way more space and flexibility than you would in a hotel. Which is why a Paris apartment rental is perfect for a honeymoon!

As I said earlier, there are a ton of rental agencies out there, but a lot of them are sketchy, or they simply don’t have apartments you would…uh…feel comfortable doing honeymoon stuff in. Nothing kills the romance more than a dirty bed or a bunch of bees, like I experienced during our honeymoon in Tuscany. From what I researched, these are what I think are the best Paris vacation apartment rental agencies:

Have you rented an apartment in Paris before? What was your experience?