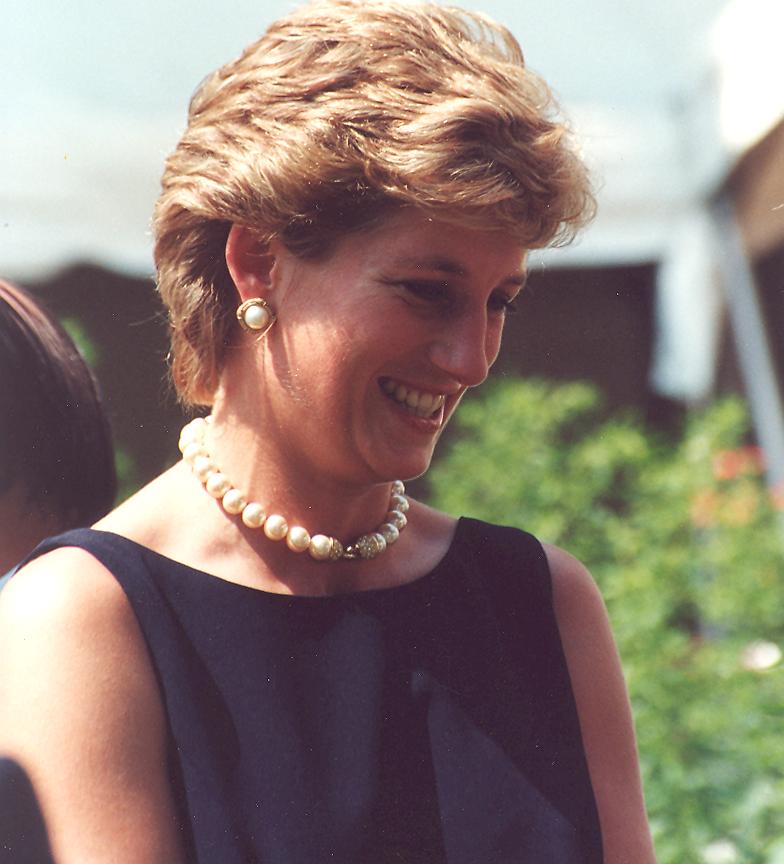 Prince Harry was only 12-years-old when his mother, Princess Diana, tragically died in Paris in 1997, yet she is forever present in the lives of him and his brother, Prince William.

Like his brother’s royal wedding just 7 years ago, subtle tributes to their late mother were evident throughout the wedding day. From the flowers they chose to the causes they help champion, it’s clear that Princess Diana’s memory will live on in the hearts of everybody she touches, especially her two sons. Read on to see how Prince Harry and Meghan Markle, who at 36 is the same age Princess Diana was when she passed away, remembered her on this special day.

Prince Harry appeared to get choked up during the singing of “Guide Me, O Thy Great Redeemer,” a hymn that was also sung at Princess Diana’s funeral https://t.co/OvLScRZ1ps pic.twitter.com/4gVRhlQW0h

The wedding ceremony included the hymn, “Guide Me, O Thy Great Redeemer,” which was also played during Diana’s funeral. Prince Harry visibly wipes a tear from his eye as the song comes to a close.

Meghan Markle carried a bouquet filled with forget-me-nots (picked by Prince Harry that morning from their private garden), which were Princess Diana’s favorite flower. These were also in the bridesmaids’ flower crowns along with white roses (another Diana favorite) which decorated the chapel in lush arrangements.

All three of Princess Diana’s siblings were in attendance at the wedding: Lady Sarah McCorquodale, Earl Charles Spencer, and Lady Jane Fellowes, Diana’s older sister, who read from the Song of Solomon during the ceremony. Elton John, a close friend of Princess Diana who performed “Candle in the Wind” at her funeral, was also at the wedding.

That moment that #princeharry’s face lit up when he saw #meghanmarkle walking down. 💕 . #africansweetheartweddings #royalwedding #weddingdress #veil #meghan

A post shared by African Sweetheart Weddings💒💍 (@africansweetheartweddings) on May 19, 2018 at 7:30am PDT

Meghan Markle’s monarch-length veil was a definite nod to Princess Diana, who famously wore a similar length one to her 1981 wedding to Prince Charles, designed by Elizabeth Emanuel.

In lieu of gifts, the couple asked for donations to their favorite charities, two of which helped homelessness and children affected with HIV and AIDS, causes dear to Princess Diana’s heart.

Prince Harry’s engagement ring to Meghan Markle features two side stones which belonged to his late mother. They were incorporated alongside a ring from Botswana, where the couply famously went on one of their early dates, and was designed by Cleave and Company, who also made their wedding bands. For the second reception, Meghan Markle also chose to wear Princess Diana’s aquamarine cocktail ring.